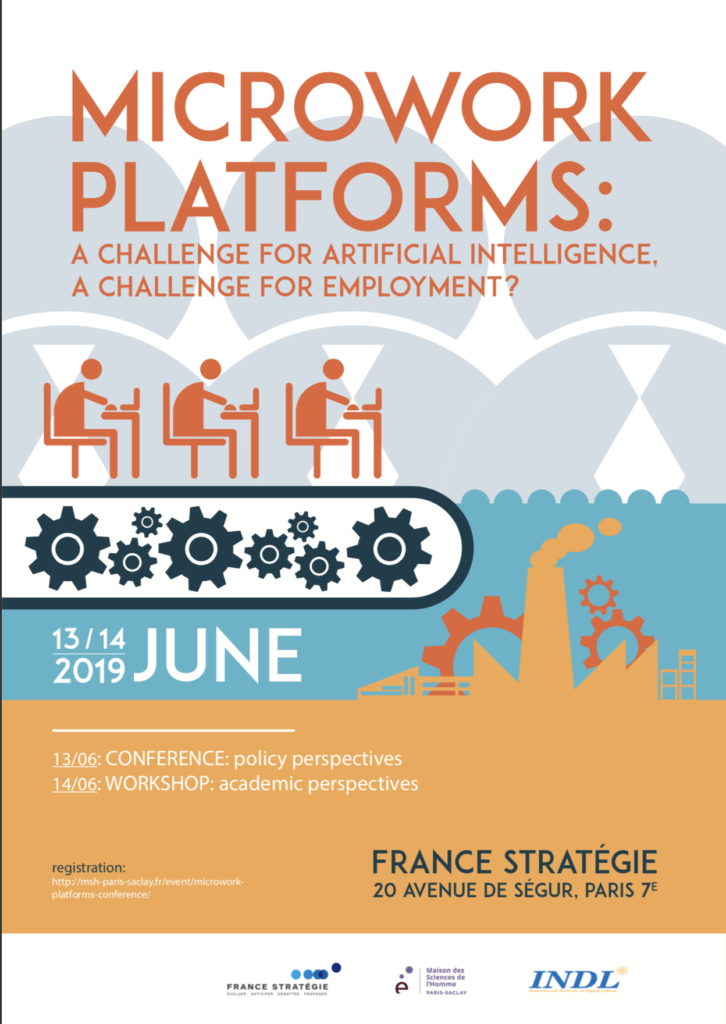 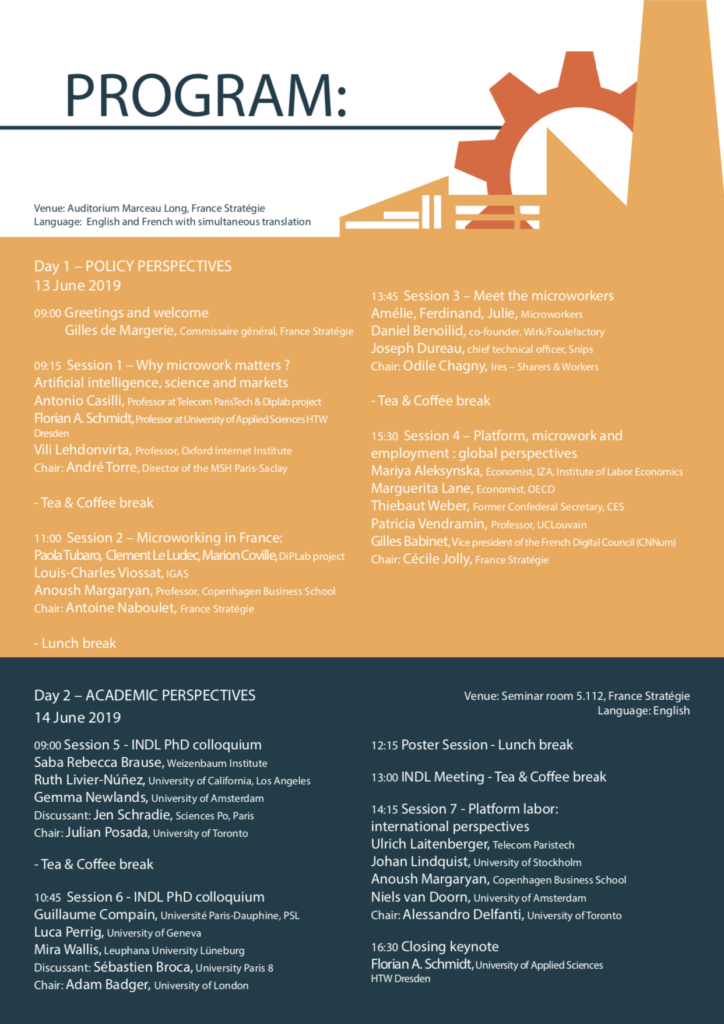 Two days to discuss micro-work from policy and academic perspectives

In the wake of digitalization and artificial intelligence, what role do microtasking platforms play in the transformation of work?

The event will include a « meet the microworkers » panel on June 13, where workers, platform owners and client companies will take the stage, as well as the first INDL PhD workshop on June 14. There will also be presentations of the results of national and international surveys on these emerging forms of work, and discussions with French and international academic and institutional experts, as well as worker representatives.

After Uber, Deliveroo and other on-demand services, microwork is a new form of labor mediated by digital platforms. Internet and mobile services recruit crowds to perform small, standardized and repetitive tasks on behalf of corporate clients, in return for fees ranging from few cents to few euros. These tasks generally require low skills: taking a picture in a store, recognizing and classifying images, transcribing bits of text, formatting an electronic file… Despite their apparent simplicity, these micro-tasks performed by millions of people around the world, are crucial to create the databases needed to calibrate and « train » artificial intelligence algorithms.

Internationally, Amazon Mechanical Turk is the most widely known micro-work platform. In France and in French-speaking Africa, other platforms are attracting a growing number of workers to supplement or even substitute for their primary income. How widespread is the phenomenon? How to recognize, organize and regulate this new form of work? How, finally, does it relate to traditional forms of employment?